A funny thing happened on the way to the movies.

About ten years after the publication of my young adult novel, Everything In Its Path, I decided to do a screenplay treatment. I’d never written a screenplay, and wanted to understand the differences between that and novel-writing. I mean, how hard could it be?

Hard, it turned out.

When you’re used to being able to paint a mental picture of your settings and your characters, and suddenly you have only movement and dialogue to work with, things become very different.

Fortunately, I had a free consultant to help me through the process. 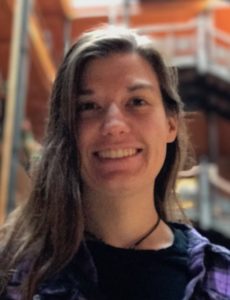 My daughter, Dani, is a professional screenwriter. She lives and breathes screenplays. She finished three full-length movie scripts before she even graduated from Northwestern University with a degree in film.

So with her guidance, I began to rework my early attempts.

Nineteen times, in fact. That’s how many full drafts it took to achieve something I was happy with. In the process, some weird things happened. My protagonist went from being twelve to being a young lady with a love interest. And different people died.

Such is the power of the screenwriter.

Fortunately, Dani and I did all our script evaluations using chat programs. So when we decided to create an online class about adaptation, we had a record of everything we’d changed, and why. As a result, we were able to create a very unique textbook for the course. It combines the original novel’s text with both the first and final version of the screenplay. So you can see exactly what changed, and why. I know of no other textbook quite like it.

Adapting Novel to Screenplay:
Everything In Its Path

When Steve Alcorn, the author of the novel Everything In Its Path, decided to adapt his story for the big screen, he turned to screenwriter Dani Alcorn for guidance.

Nineteen drafts later, what emerged was a screenplay with depth, conflict and historical significance, but one very different from the novel. Characters had aged, a love story had been added, and the fates of the players had changed.

This reference incorporates the original text of the novel, plus two versions of the script, along with notes on the development process and reasoning behind the changes.

Also included are the marketing tools used for the screenplay, including synopsis, loglines and query letters. It’s a complete reference for authors who want to adapt their novel to a screenplay and pitch it to an agent.