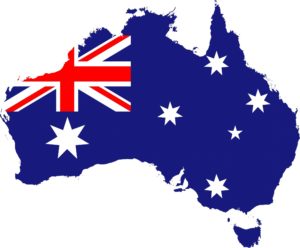 My first fiction collaboration began on a dare.

My Internet pen pal from Western Australia, Sharon Brindal, and I began exchanging fragments of an impromptu story. We started with single sentences, then paragraphs, and soon were exchanging whole pages.

We had no idea who the characters were, or what the plot was, and at first we kept intentionally throwing each other curveballs for our own amusement.

But the farther we got into it, the better it started to sound. A few chapters in we realized we had something good going. So we took a step back, created a plan, and then finished it in just a few months, now alternating chapters rather than shorter segments.

The downside of writing this way, though, is in the rewriting. I use the term “finished” loosely, because the rewrite effort was massive. We needed to eliminate half the characters and all but three of the viewpoints. And we needed to make it seem like it was all written by one person. This took months.

But the end product is a pretty good yarn that will appeal to mystery, action and Romance fans.

Oh, and by the way–Sharon and I have never met nor spoken with each other. The book was produced entirely by email.

Jessica Farrell, a successful young architect living in London, has used her career to put her romantic past – and guilt about her parents’ deaths – behind her. But then a mysterious note arrives, and she is reluctantly drawn into intrigue, adventure, and the arms of Edward Drummond, her former lover.

To rescue Edward’s kidnapped child they must solve the puzzle inscribed within Jessica’s ring – a puzzle created by Edward’s late uncle as the ultimate snare for the diamond mining industrialist who ruined his life. But the trap has also caught Jessica, who finds herself forced to face her feelings about Edward and her own past.

Fast-paced action propels the story across England, Scotland and South Africa, as the pursuers become the pursued. One by one, the secrets of the past are unveiled, culminating in a nail-biting climax.