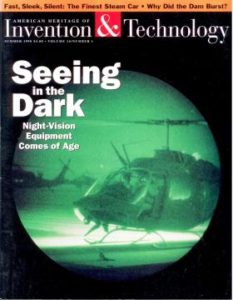 One of my favorite magazines was American Heritage of Invention and Technology. Every month it brought fresh articles about old inventions. But it also covered engineering topics from the past. One month I was surprised to find an article about the Saint Francis Dam Disaster.

Why was I surprised? Because I grew up in Southern California, and yet I had never heard of it. That’s right, I’d never heard of a disaster that happened less than thirty years before I was born, took the lives of 500 people, and ended the career of William Mulholland.

How could this be? I certainly knew who Mullholland was; he was the man who brought water to Los Angeles, via the aqueduct, so the city could grow. The classic movie Chinatown fictionalizes the edges of that endeavor. And yet the collapse of a 160-foot high dam that leveled 50 miles of cities and towns in a rush to the ocean somehow hadn’t made my school history curriculum. Amazing!

And so, I set out to correct this oversight, by bringing the disaster to life for kids and adults, through historical fiction. 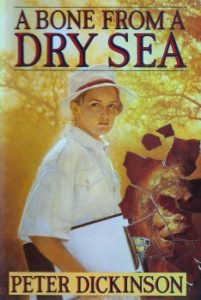 But there is never just a single inspiration for a work. They are an amalgam of ideas, thrown into the mental blender and reformed. About the same time, during my nightly bedtime reading to my daughter, Dani, we came across a book called A Bone from a Dry Sea, about an archaeologist and his daughter. The book used some flashbacks to the people whose artifacts they were unearthing. Unfortunately, despite a strong premise, the story really went nowhere. I thought I might be able to do more with the concept.

So I researched the indigenous peoples of Southern California, reading dozens of books and talking with Chumash docents.

I spent a solid year researching the book, visiting locations and collecting obscure historical texts. Along the way, I discovered an entire community of “dammies” who have devoted themselves to researching the disaster.

While my archaeologist and his daughter are fictional, nearly everything else about this book is true, from the incidental characters to the locations of shops and even instructions on adding gas to your Model-T!

Everything In Its Path is conceived as the start of a trilogy; the other two volumes have been outlined. The Chumash timeframe was intentionally set just two years before the arrival of the Spanish in California, so there is another disaster looming…

Everything In Its Path

Just after midnight on March 13, 1928 the recently constructed St. Francis Dam gave way, releasing a 160-foot-high wall of water down San Francisquito Canyon. The torrent swept huge pieces of the dam, some weighing ten thousand tons, more than a half mile downstream. Four hours later the water thundered into the Pacific Ocean after erasing nearly everything in its 50-mile path. By morning more than five hundred people were dead or missing. It was the worst American civil engineering disaster of the twentieth century.

Everything In Its Path tells the story of Santa Paula archaeologist Randall Thompson and his daughter Kate, who are excavating a Chumash Indian site in San Francisquito Canyon. As the dig progresses Randall is puzzled by remains buried beneath a layer of silt.

Meanwhile, Kate explores the town of Castaic Junction and the dam’s powerhouse, getting to know the real-life residents. Then she makes an alarming discovery: the dam is leaking!

Intertwined with Kate and Randall’s story is that of the prehistoric Chumash settlement they are unearthing. Tribe member Singing Bird is tormented by dreams of water and her village being swept away.

But leader Lone Wolf belittles her premonitions and threatens her if she speaks out. As storm clouds gather, Singing Bird must decide whether to submit to Lone Wolf or try to save the tribe from the awful event she foresees.

Across the centuries the two girls’ fates are drawn together, culminating in a remarkable discovery as they struggle to save their loved ones from a force that will sweep away Everything In Its Path.